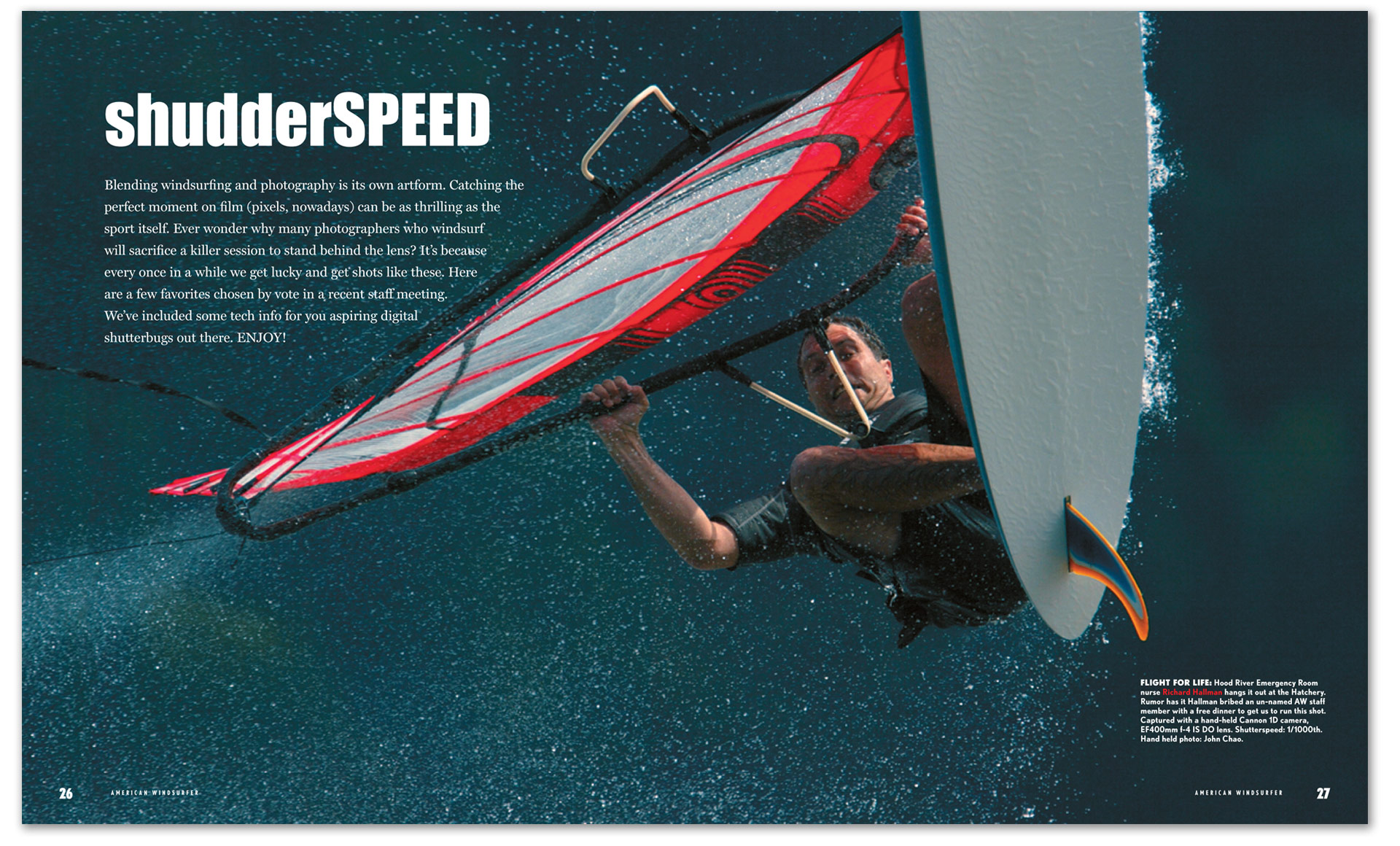 Blending windsurfing and photography is its own artform.

FLIGHT FOR LIFE: Hood River Emergency Room nurse Richard Hallman hangs it out at the Hatchery. Rumor has it Hallman bribed an un-named AW staff member with a free dinner to get us to run this shot. Captured with a hand-held Cannon 1D, EF400mm f-4 IS DO lens at. 1/1000th.  Photo: John Chao.

Catching the perfect moment on film (pixels, nowadays) can be as thrilling as the sport itself. Ever wonder why many photographers who windsurf will sacrifice a killer session to stand behind the lens? It’s because every once in a while we get lucky and get shots like these. Here are a few favorites chosen by vote in a recent staff meeting. We’ve included some tech info for you aspiring digital shutterbugs out there. ENJOY!

MEXICAN REVOLUTION: Wyatt Miller spins into the sunset at LaVentana, Baja, last winter. The young freestyler’s moves stole the spotlight from an army of kiters who had been hamming for the camera. Captured by a Cannon 1D, 70-200 f-2.8 lens wide open. Speed: 1/1250, ISO = 400. Photo by Jim Semlor.