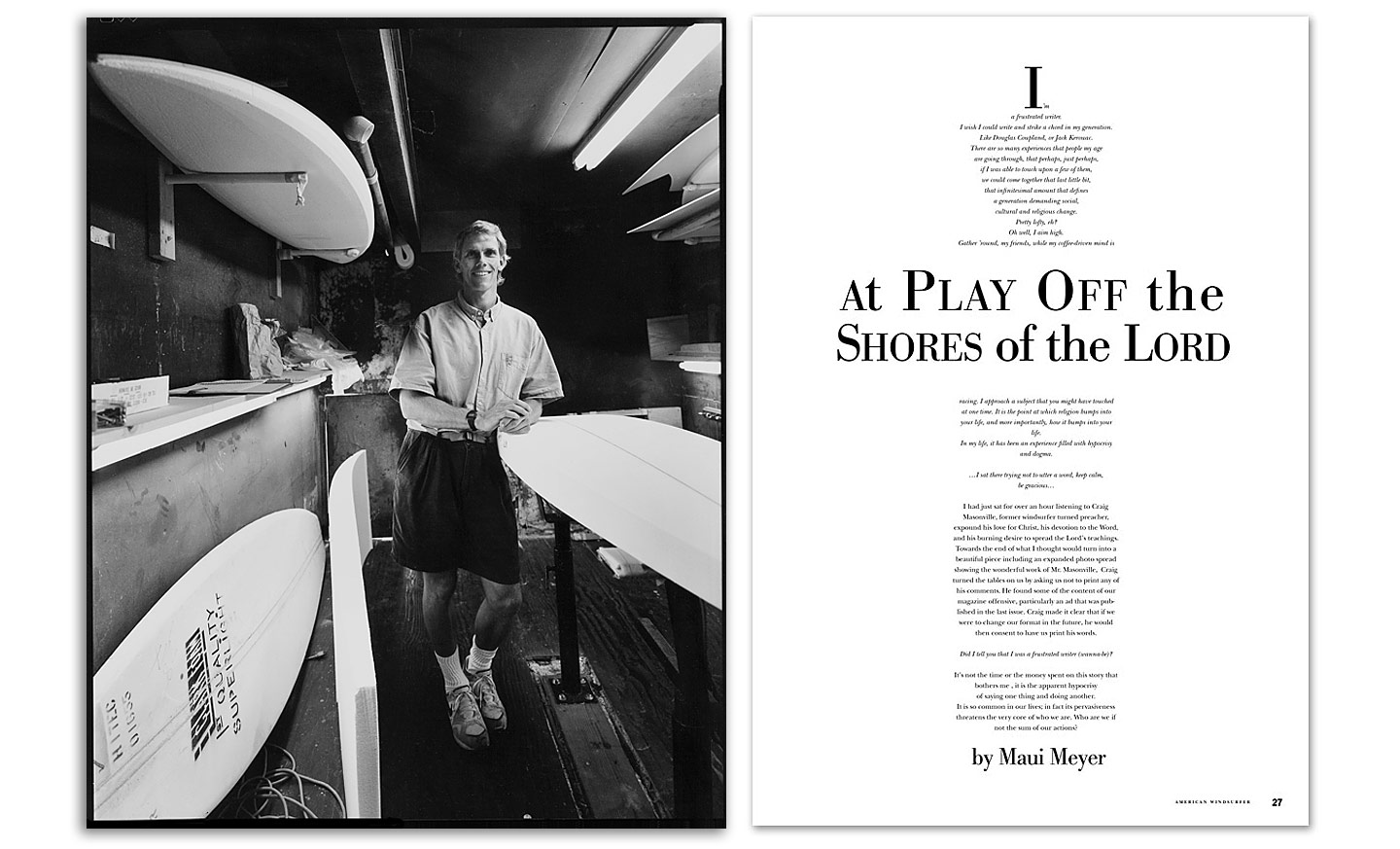 I wish I could write and strike a chord in my generation. Like Douglas Coupland, or Jack Kerouac. There are so many experiences that people my age are going through, that perhaps, just perhaps, if I was able to touch upon a few of them, we could come together that last little bit, that infinitesimal amount that defines a generation demanding social, cultural and religious change. Pretty lofty, eh?  Oh well, I aim high.

In my life, it has been an experience filled with hypocrisy and dogma.…I sat there trying not to utter a word, keep calm, be gracious…

I had just sat for over an hour listening to Craig Masonville, former windsurfer turned preacher, expound his love for Christ, his devotion to the Word, and his burning desire to spread the Lord’s teachings. Towards the end of what I thought would turn into a beautiful piece including an expanded photo spread showing the wonderful work of Mr. Masonville,  Craig turned the tables on us by asking us not to print any of his comments. He found some of the content of our magazine offensive, particularly an ad that was published in the last issue. Craig made it clear that if we were to change our format in the future, he would then consent to have us print his words.

Did I tell you that I was a frustrated writer (wanna-be)?

It’s not the time or the money spent on this story that bothers me , it is the apparent hypocrisy of saying one thing and doing another.

It is so common in our lives; in fact, its pervasiveness threatens the very core of who we are. Who are we if not the sum of our actions?

I don’t know. This is being printed because Craig Masonville is an astounding person. Craig was the shaper and business mind behind Hi-Tech Sailboards who took asymmetry in sailboards to an art form, and brought Ho’okipa to the forefront of the wavesailing world.

Craig was the biggest and baddest of them all. A towering presence. He wouldn’t even get on the water unless the waves were cresting mast high. He would go out without a harness and make the entire beach wince when he hit the lip. He hit it later and bigger than anyone, bar none.

In the shaping room, Craig created the High-Tech image in foam, and later in styrofoam. From world cup slalom boards to his Ho’okipa guns, Craig’s boards were the ones to have. During that time, Craig was introduced to the Word of God. The effect it has had on his life has been, to say the least, extreme.

Today, Craig has turned his home into a community outreach center. He is hoping to build a church above Paia, including a community center with an area to house the homeless.

Craig has given up his day–to–day business to become the pastor of a Christian parish.

He has received the Word of God and works very hard to put it out there every day so that others may get the message.

We had hoped to print those words and his message here with a number of photos showing this gentle man working for his beliefs.

Instead, I get to type this brief and hollow testimony. I have tried  many times to write something else but I cannot without being untrue to myself, and for that matter, to Craig Masonville. I do not wish to pass judgement in any way. I went to bring a feeling of hope and inspiration to anyone reading this story. Without Craig’s blessings, I print my thoughts, and without Craig’s blessings, we print images of him doing something so brave, I challenge anyone to follow.

Without Craig’s blessings, I say “This space has come and gone for a message of hope.  If these pictures move you, do something about it.  It’s a shame that you didn’t hear the words of the man in them.” 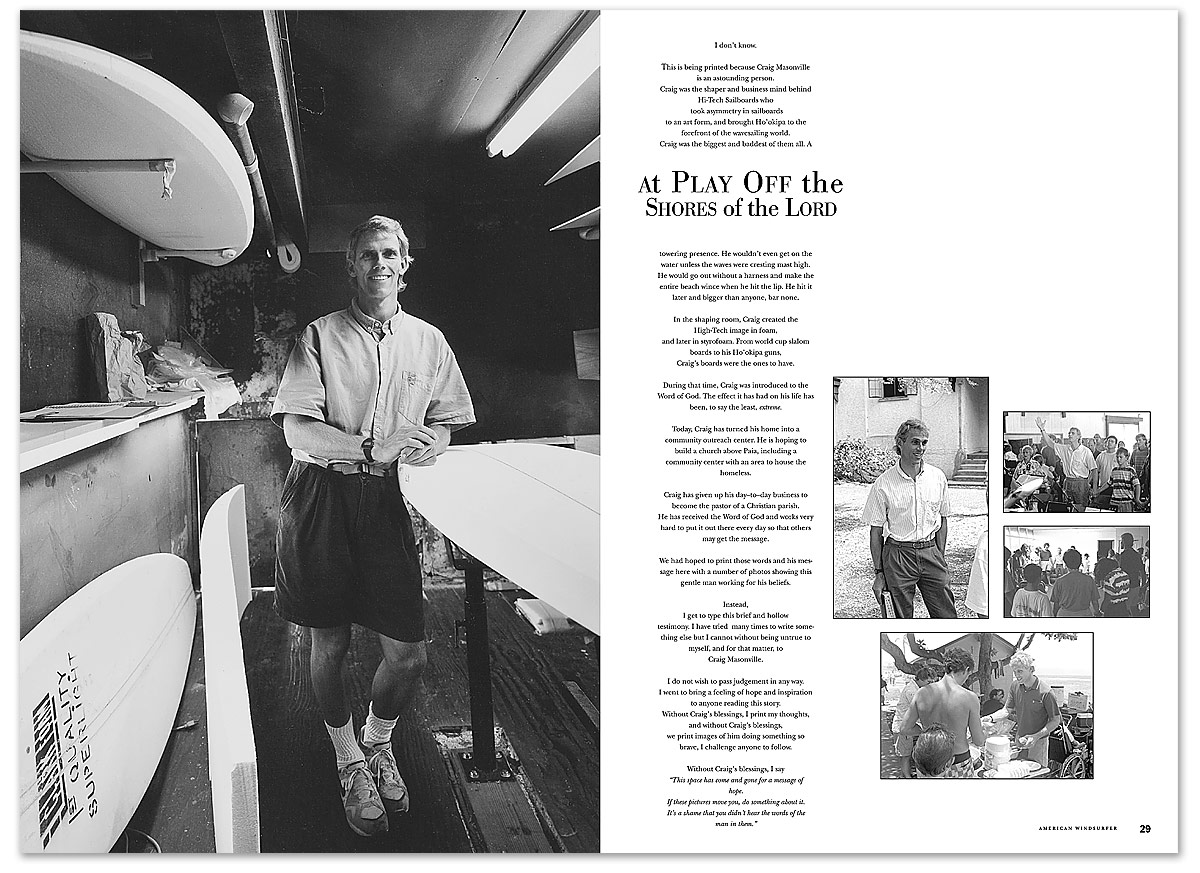