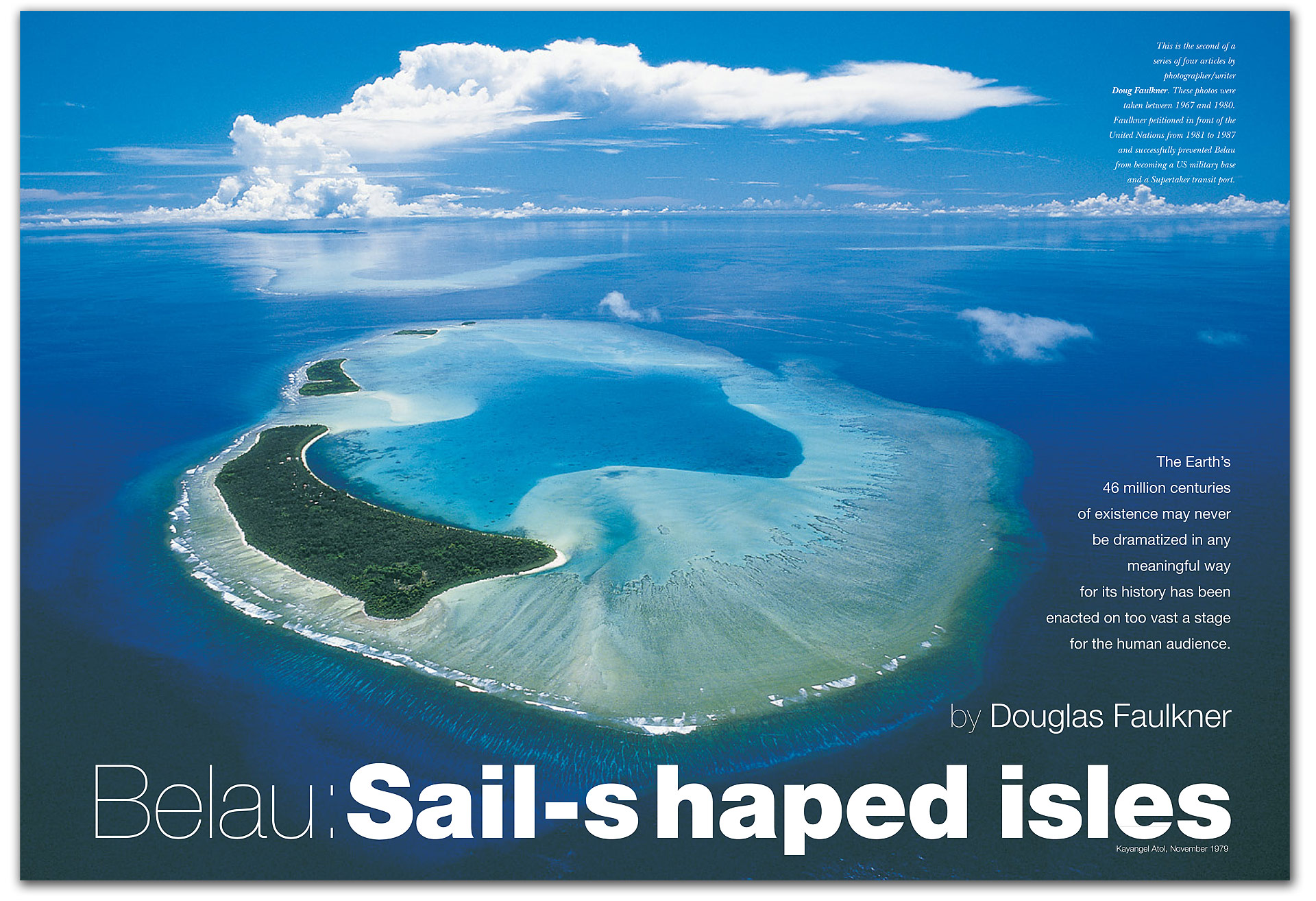 I can attest to Belau’s existence for I have wandered overhead like the sun and at evening have dived into the sea.

This is the second of a series of four articles by photographer/writer Doug Faulkner. These photos were taken between 1967 and 1980

The most recent 40 thousand centuries, 40 million years of Earth history, would deserve one or two stanzas in a drama of epic length. Encompassed by that time, the story of Belau’s birth, old age and impending death would be too brief to mention. Not even a bow to annotate its passing after the audience has gone. Yet this curve of emerald isles and azure shallows is what the Earth and life are all about.

I can attest to Belau’s existence for I have wandered overhead like the sun and at evening have dived into the sea.  In the jungle I have rested on a fallen tree, watching a sunny-green snake feel the air with its tongue.  Peacefully we eyed one another longer than a sunbeam takes to launch out from the sun and arrive splashing through the trees.

A century or maybe three ago, a Palauan carver depicted the story of two gods who commuted to the moon to more effectively watch over the stars. Windsurfers sail away from the land to watch over the ocean, and they utilize the same wind and waves that shape islands and reefs. Such is sculpture for it takes away the superfluous like a poet removes words, and a photographer removes the extraneous.

What remains is poetry, harmony. It was easy. The beauty was so obvious, so overwhelming . . . like a wind-shaped sail.