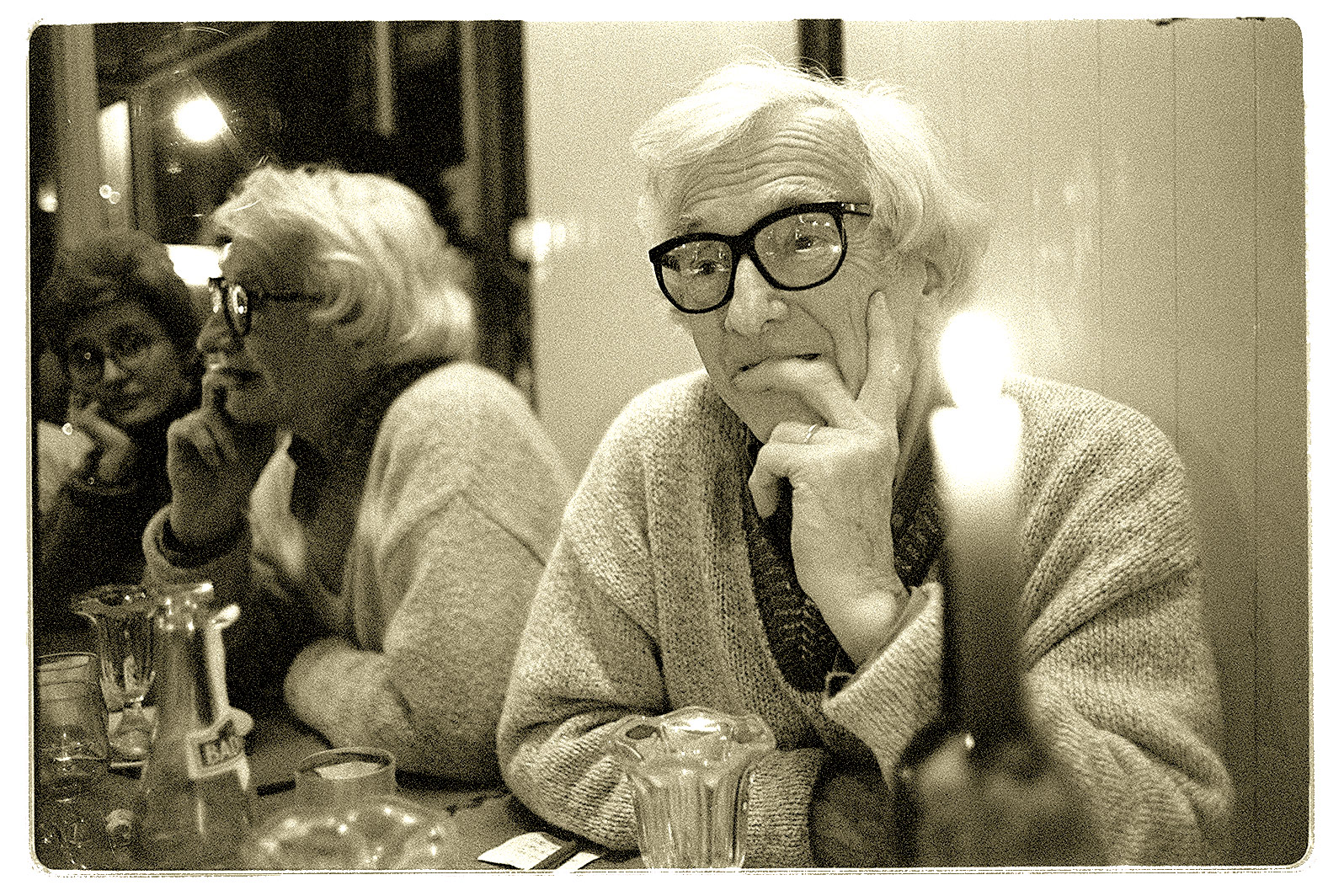 A picture’s worth a thousand words…

VISUAL WITNESS TO OUR TIMES: Marc Riboud (above) after dinner with AW in a Parisian restaurant. In another Paris restaurant 40 years ago, Ruth Orkin captured the legendary war photographer, Robert Capa (left), in a similar dinner pose. They could never have dreamed that their world-reknown photographs would appear in a windsurfing magazine.

THEY SAY “A picture’s worth a thousand words,” and “beauty lies in the eye of the beholder.”  We  are proud to have among our pages some of the greatest images captured on film, showcasing the creme de la creme of  the world’s photographers: Henri Cartier-Bresson,  Marc Riboud and Robert Capa.  How fitting that all three call France their homeland, as our article entitled Indoor Windsurfing and the French Experience is really about the French culture and the French people who can make outlandish ideas, such as indoor windsurfing, come to life.

Henri Cartier-Bresson, one of the most influential photographers of the 20th Century, captures the decisive moment like no other photographer. His photographs opened the eyes of millions to the magical world of the camera and how it can freeze time to reveal visual poetry.

Marc Riboud is another world- renown French photographer whose photographs are being exhibited at the International Center of Photography this very moment. The opening of Riboud’s exhibition is scheduled to begin the same evening this article is being put to paper. (AW’s editor had planned to attend the opening  in New York City, but had to cancel at the last moment due to deadline demands to get this issue to press.)  Like his photograph on page 69,  Riboud’s life’s work captures on film the soul and spirit of his worldwide subjects.

War photographer Robert Capa landed in Paris to escape the oppression of pre-World War II Hungary and instantly found a home in France before landing in New York. He also landed on Omaha Beach on June 6, 1944 with the first wave of US soldiers during the Normandy Invasion. His blurry images of soldiers fighting their way out of the water and his continuous dedication to photograph the horrors of war until his death in 1954, made him a journalistic legend. Capa’s photograph of Liberation Day in Paris and of his friend Picasso on the beach near Arles, is proudly displayed in this issue. The heritage of Robert Capa has been propagated by his brother Cornell Capa who, like Robert, was also a Life photographer and during the past two decades, the Godfather of modern day photojournalism.

It was with Cornell Capa’s assistance that these creme de la creme photographs appear in American Windsurfer and through his continuous guidance and criticism, this magazine boldly ventures forth.

Michael Weymouth shares the spirit of bold ventures;  as a designer, photographer and champion for the children of the world, Weymouth has achieved something no subscriber had previously achieved. Weymouth visualized a new thematic department for the magazine entitled SoulSailing. With persuasion, he convinced our demanding editorial staff of the merits of the idea,  then went on to author an article, photograph the pictures, and even design the layout. Such complete involvement certainly made our job easier,  and no doubt there will be many more to follow.

Sue Richards has the luxury of sitting back and cutting writers’ masterpieces to shreds. This associate editor for American Windsurfer is often seen strapped to her desk reading about the windblown adventures of everyone else, including, unfortunately, her piece on  A Windsurfer’s Shangrila. Richards never got to Hawaii for the story and had to experience it vicariously through the photographer. As a consolation prize, Sue did, however, make it to Aruba to try windsurfing for the first time.

Michael “Gebi” Gebhardt, is a 3 time US Olympic Champion as well as a professional windsurfer with a propensity for the holistic side of life. Waiting for the next Olympics to warm up, Gebi is involving himself with the magazine as our Technical Editor and will try to steer the magazine into developing a stronger technical presence. The merging of the talents has already yielded a new twist in approach, as his first contribution talks about taking care of the most important piece of equipment you own, your body. Look for his face on the next cover of American Windsurfer.