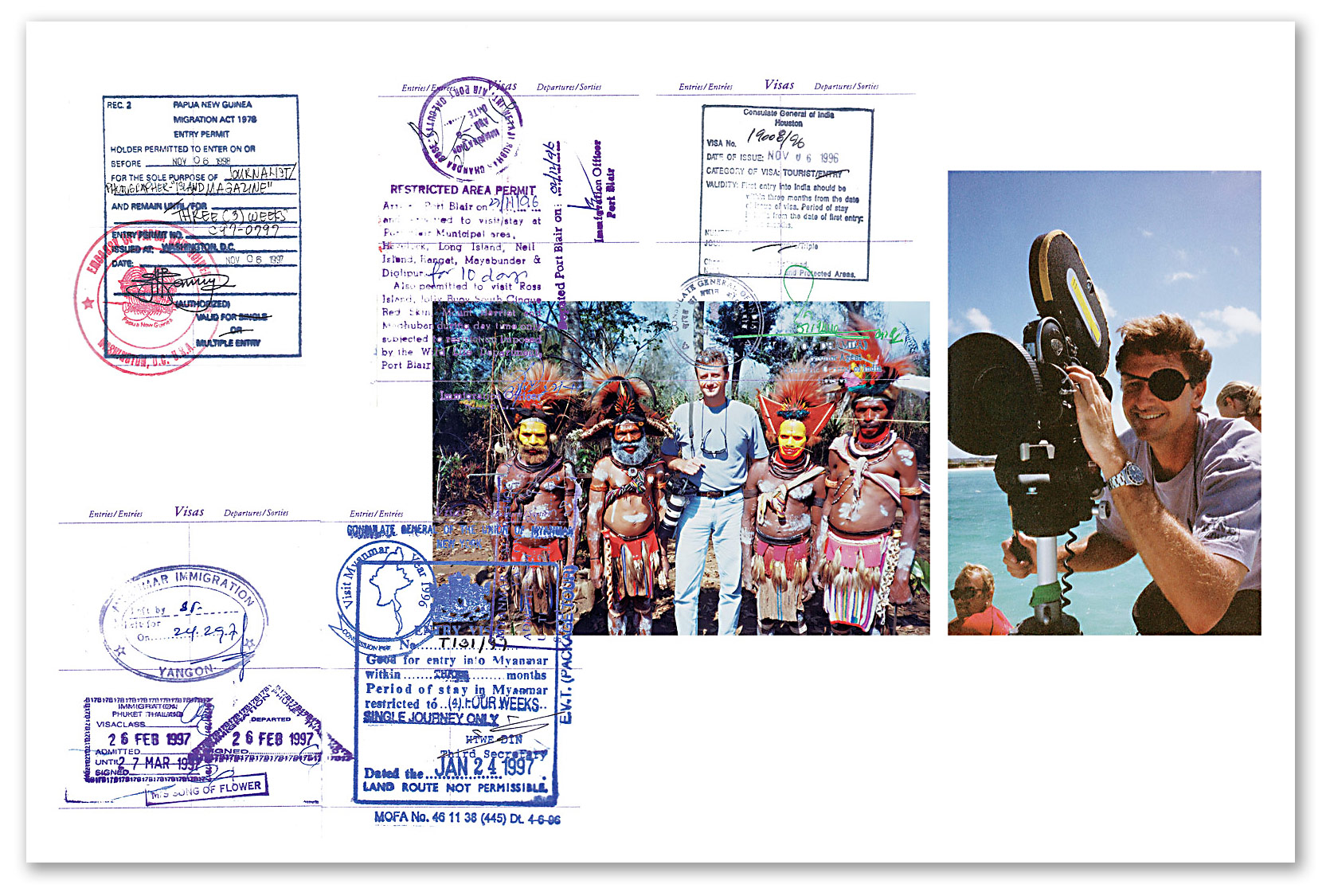 He has photographed seven continents and over 200 islands, but always comes back to windsurfing

FORTY-FOUR YEAR-OLD Darrell Jones was in New Guinea on assignment for Aqua magazine. The chief of the Huli Wigman tribe brandished a set of arrows used to kill enemy neighbors. Drawing an arrow, the chief took aim at a narrow banana tree stump about 150 feet away. On his fourth try, the arrow found its mark. He then handed the black bamboo bow to the visiting photographer and gestured toward the banana tree. Jones sighted the target with the unfamiliar weapon and fired upon the stump. On his third shot, the arrow dove into the heart of its target. Suddenly, the thought crossed the photographer’s mind that maybe this wasn’t a very good idea. After all, the Huli Wigman made wigs from the hair of their human prey, and this great white visitor might just be the exotic dish on tonight’s menu. Seeing a way out, Jones quickly praised the bow’s accuracy and offered to purchase it from the chief. He waited for a response. The Wigman thought for a moment, looked up at his nervous visitor, and smiled.

Globetrotting around the world, Jones has photographed seven continents and over 200 islands. But he always comes back to windsurfing.

Though cannibalism was thought to be extinct by the 1960’s,  there are still random accounts of this tradition. For Jones, who has a quarter Native American blood in his veins, the encounter was a small reminder that he is no longer photographing windsurfers in Aruba.

Jones began his career as a surfing/windsurfing photographer. His photographs documented the pioneering days of windsurfing and helped establish some of its great venues. Windsurfing does not exist in a bubble, though, and Jones was introduced to many different people and ways of life through his work. It wasn’t long before Jones’ talents found fertile ground in magazines such as Outside, Islands, Travel & Leisure, and National Geographic publications. Always giving people a fresh look at culture, Jones’ work has often been rewarded with the coveted cover position. The time has long since passed  when the sharpshooter was able to count the numerous magazine covers he had vanquished

Being the hired gun that he is,  Jones’ work has flung him to the far corners of the earth. Covering the Wigman Tribe brought him to Papua New Guinea, part of a large island that makes up a portion of Indonesia. And while Jones may have become accustomed to flip-flops and tank tops in his more tropical settings, he has allowed his camera to lead him to more cold and desolate regions of the globe, including the Antarctic.

While success may have found Jones, the photographer’s heart still sails with the wind; he is the Senior Photographer here at American Windsurfer and continues to face up to the windsurfing outlaws who come looking for the sharpest eye in the west.The pictures that follow trace the career of a dynamic photographer.  Jones, now living in Miami, takes us from those early days in Aruba to remote locations spanning seven continents and back again. The meticulous body of work presented here should give some insight into just why Darrell Jones garners the attention of so many viewers.