Femininity is the tease, the seduction, the provocation that brings an eternal fall… 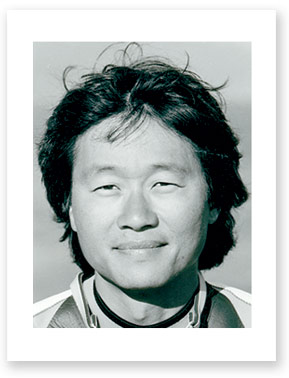 IF YOU’RE A GUY LIKE ME, there is something about femininity that stirs a deep rooted response.  While most of us equate this to be sexual  in nature, there is far more at play than the mechanism of procreation.

I like to think that femininity is in the heart of nature’s emotional connection. It is the soul of all species and source of their continued evolution. Femininity is the tease, the seduction, the provocation that brings an eternal fall— from grace or in love. It is simply the nurturing flow that gives any living force the ability to grow, propagate and evolve.

Windsurfing is romantic, intuitive, soulful, and adventurous. Perhaps I’m going out on a reach here (and it won’t be the first or the last time) but the creative future of windsurfing, the fundamental needs of the sport is as feminine as the women themselves.

I have always felt that the sport has  overdeveloped its high tech appeal and neglected the soul. Devoting a whole issue to women may be a landmark move to point the sport back to a spirituality that is the heart of any evolution. It is like mating to maintain an archetypal connection to the source—an act of becoming whole. Thus we at American Windsurfer have united with the women of this issue to become complete and more representative of what this sport should be about. This sport isn’t about windsurfing, it really is about about life. Take for example:

Bonnie Pfeifer—a supermodel in her 50’s who gave up stardom to start a nonprofit organization for pediatric AIDS.

Dr. Christine Brooks—the outspoken new executive director of U.S. Windsurfing Association. Christine is another woman in her 50’s whose expertise in global sports marketing could well redefine what windsurfing is in the next few years.

Dr. Raphaela le Gouvello—This 41 year-old Frenchwoman is the first to have successfully windsurfed solo across the Atlantic.  And now looking to be the first to windsurf across the Pacific!

Kristen Trees—A 31 year-old professional windsurfer who sails in Baja and the Gorge with her journalist husband Martin. Kristen says getting cancer four years ago was a turning point that made her realize how important windsurfing is for her health.

Dr. Laurie Nadel—A contributing editor to AW, was told eleven years ago that she would be spending the rest of her life on disability and she would never windsurf again. Now at 53, her memoir, Dancing with the Wind: a true story of Zen in the art of windsurfing will be published in September. Laurie’s story is the quest of a modern woman in search of flow.

I believe the most underrated virtue of life is our ability to be in the flow. It’s like what athletes are described as being in the zone. Windsurfing forces us to be in harmony and thereby teaches us a few things about life. If you study anything long enough, you begin to see a pattern, a character, a direction, a spirituality.

When something falls out of grace, or flow, it too can be studied and noticed as clearly as watching a stubborn ripper getting his ego face-planted by some force far bigger than he will ever know.

This dance with the elements, is as true of a metaphor as the dance of life.  Those of us who are lucky enough to experience the flow of the wind and the waves are better off. They help us find greater balance, rhythm and prepare us for that ever increasing probability of a serious shutdown.

Know what I mean…?