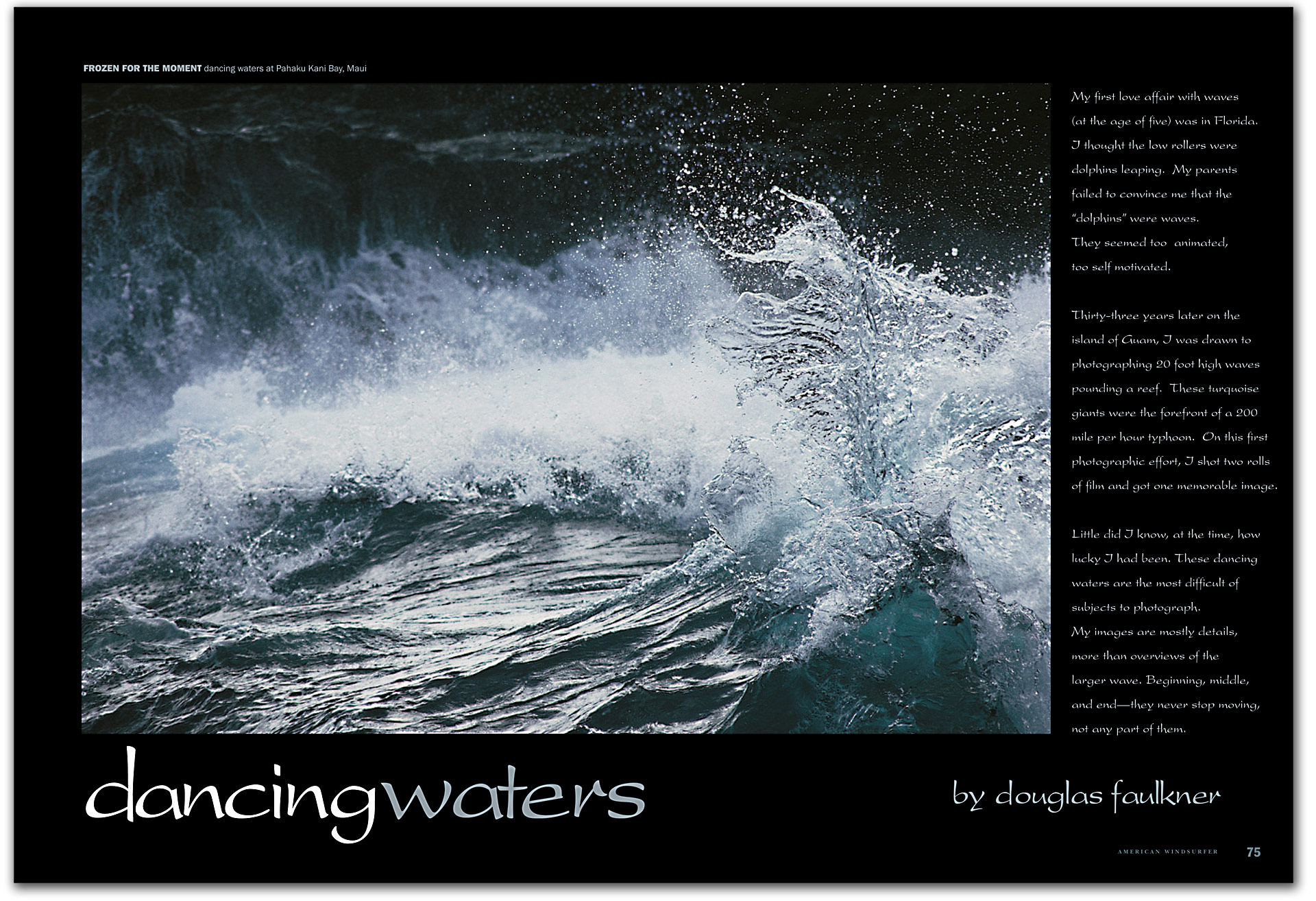 “They seemed too animated, too self motivated.”

MY FIRST LOVE AFFAIR with waves (at the age of five) was in Florida. I thought the low rollers were dolphins leaping. My parents failed to convince me that the “dolphins” were waves.

They seemed too animated, too self-motivated.

Thirty-three years later on the island of Guam, I was drawn to photographing 20 foot high waves pounding a reef. These turquoise giants were the forefront of a 200 mile per hour typhoon. On this first photographic effort, I shot two rolls of film and got one memorable image.

Little did I know, at the time, how lucky I had been. These dancing waters are the most difficult of subjects to photograph.

My images are mostly details, more than overviews of the larger wave. Beginning, middle, and end—they never stop moving, not any part of them.

THE WAVES, these dancing waters, these dancing sprites are not the kinda surfer nor a windsurfer would care to navigate, for they are too treacherous. They break too close to shore, and thunder on the rocks. They present no sustained surface for more than a moment. Preceding waves, in their backwash, form walls of water with the next incoming waves. Seismic forces generated by a storm 1000 miles north of Maui crash on Hawaiian shores.

These waves dance with their components until they finally encounter a lava wall and explode in a radiating spray. My images are of moments too brief to encounter on a board,too flighty, too dangerous.

Too brief to dance with.