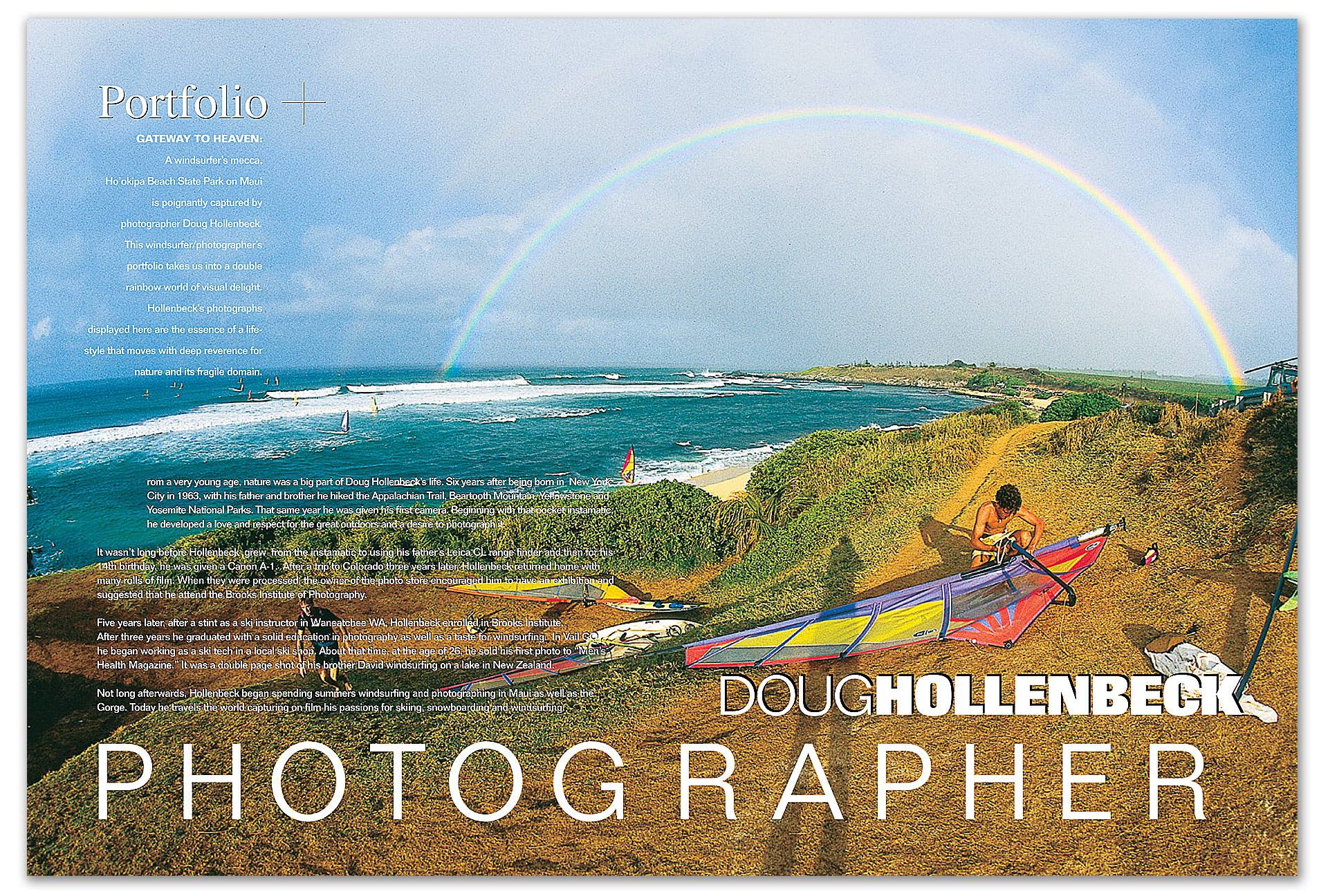 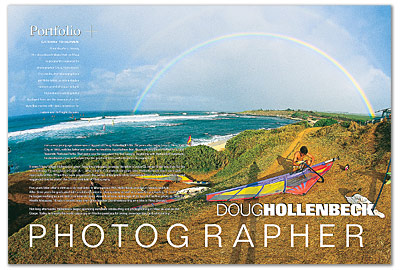 GATEWAY TO HEAVEN: A windsurfer’s mecca, Ho’okipa Beach State Park on Maui is poignantly captured by photographer Doug Hollenbeck. This windsurfer/photographer’s portfolio takes us into a double rainbow world of visual delight. Hollenbeck’s photographs displayed here are the essence of a lifestyle that moves with deep reverence for nature and its fragile domain.

FROM A VERY YOUNG AGE, nature was a big part of Doug Hollenbeck’s life. Six years after being born in  New York City in 1963, with his father and brother he hiked the Appalachian Trail, Beartooth Mountain, Yellowstone and Yosemite National Parks. That same year he was given his first camera. Beginning with that pocket instamatic, he developed a love and respect for the great outdoors and a desire to photograph it.

It wasn’t long before Hollenbeck  grew  from the instamatic to using his father’s Leica CL range finder and then for his 14th birthday, he was given a Canon A-1.  After a trip to Colorado three years later, Hollenbeck returned home with many rolls of film. When they were processed, the owner of the photo store encouraged him to have an exhibition and suggested that he attend the Brooks Institute of Photography. Five years later, after a stint as a ski instructor in Waneatchee WA, Hollenbeck enrolled in Brooks Institute.

After three years he graduated with a solid education in photography as well as a taste for windsurfing.  In Vail CO he began working as a ski tech in a local ski shop. About that time, at the age of 26, he sold his first photo to “Men’s Health Magazine.” It was a double page shot of his brother David windsurfing on a lake in New Zealand.

Not long afterwards, Hollenbeck began spending summers windsurfing and photographing in Maui as well as the Gorge. Today he travels the world capturing on film his passions for skiing, snowboarding and windsurfing.