Sx weeks on Maui is one perk, others? How about a ride in a fighter with one of our testers? 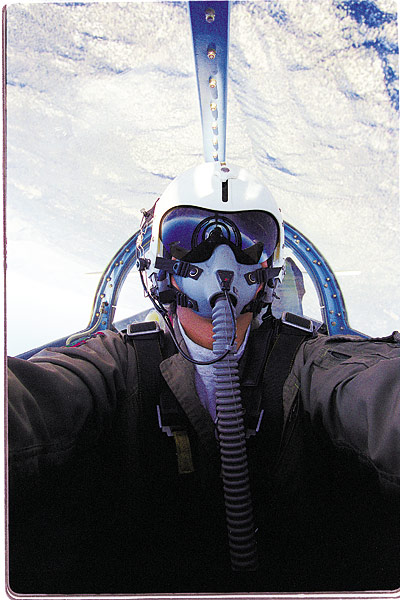 Andy Gurtner is an equipment expert from Switzerland. He served as the Technical Advisor last year with American Windsurfer and was totally ignored by the writer who took on the reporting of the test. Consequentially, the report became a source of technical embarrassment for the well organized Austrian, who along with his wife Hedy, took pride in precision and responsibility. After that experience, Gurtner had a point to make. He knew that a fair and unbiased test was possible in the United States. He had seen it done as a professional tester for the legendary Surf Magazine from Germany.

So armed with the support and confidence of the magazine’s publisher, Gurtner set out to find the right tools for the Test 2000+1 job.

First and foremost was finding a writer who could work within the strict parameters of the test. This was the key instrument which the test relied on—carefully chosen words to deliver the essence of the test and the results.

We didn’t have to look very hard. The prospect of spending 5 weeks on Maui, windsurfing and writing about windsurfing equipment, was an easy sell. But what was difficult was earning the trust and respect of the Gurtners. Martin Trees, a windsurfing adventure writer, won the job but had to go through some “heavy scrutiny” by the Austrians at their shop Swiss Swell in Hood River. His effort paid off and the Gurtners along with Trees and wife Kristen became a solid team, both on Maui and afterwards in the Gorge, compiling the results printed this issue.

Next a team of professional testers had to be assembled along with staff personnel to carry out the test. (See Test 2000+1 starting on page 44.) But what made this test unique was the addition of creating a virtual experience. This means capturing the experience and compiling the results and feeding it live to the internet at www.americanwindsurfer.com. We were on the cutting edge. Never before had equipment test results been revealed six months ahead of the usual routine.

This daunting task fell in the hands of our own Encino Man, Bill Bowles from (you guessed it) Encino, California. Bowles was a child actor with a whole list of high profile movies, commercials and TV programs with notables such Wagon Train, The Mod Squad, Room 222, The Million Dollar Duck. He discovered computers a decade ago and found the internet wave far more exciting and challenging than acting. His contribution to Test 2000+1 was profoundly underrated.

Finally, publisher John Chao who did the impossible by bringing the whole project together, had some some pretty nice perks for himself. Well, six weeks on Maui is one perk. The others? How about a ride in a fighter jet with one of our testers? On top of that. How about a ride into the famous Edwards Air Force Base to meet some of the test pilots? Well guess who was the first to volunteer for this risky assignment?

Speaking of “WindStuff”, two new contributors in this issue have lives that are forever changed by windsurfing. Chuck Hardin has come out of obscurity for us by the virtue of his powerful words and Dana Miller, the itinerant Master Stoker, just keeps on stoking every year like the EverReady bunny. Don’t miss their soulful exploits in the WindTracks pages and see for yourself why these guys are all made up of the “Right Stuff”.