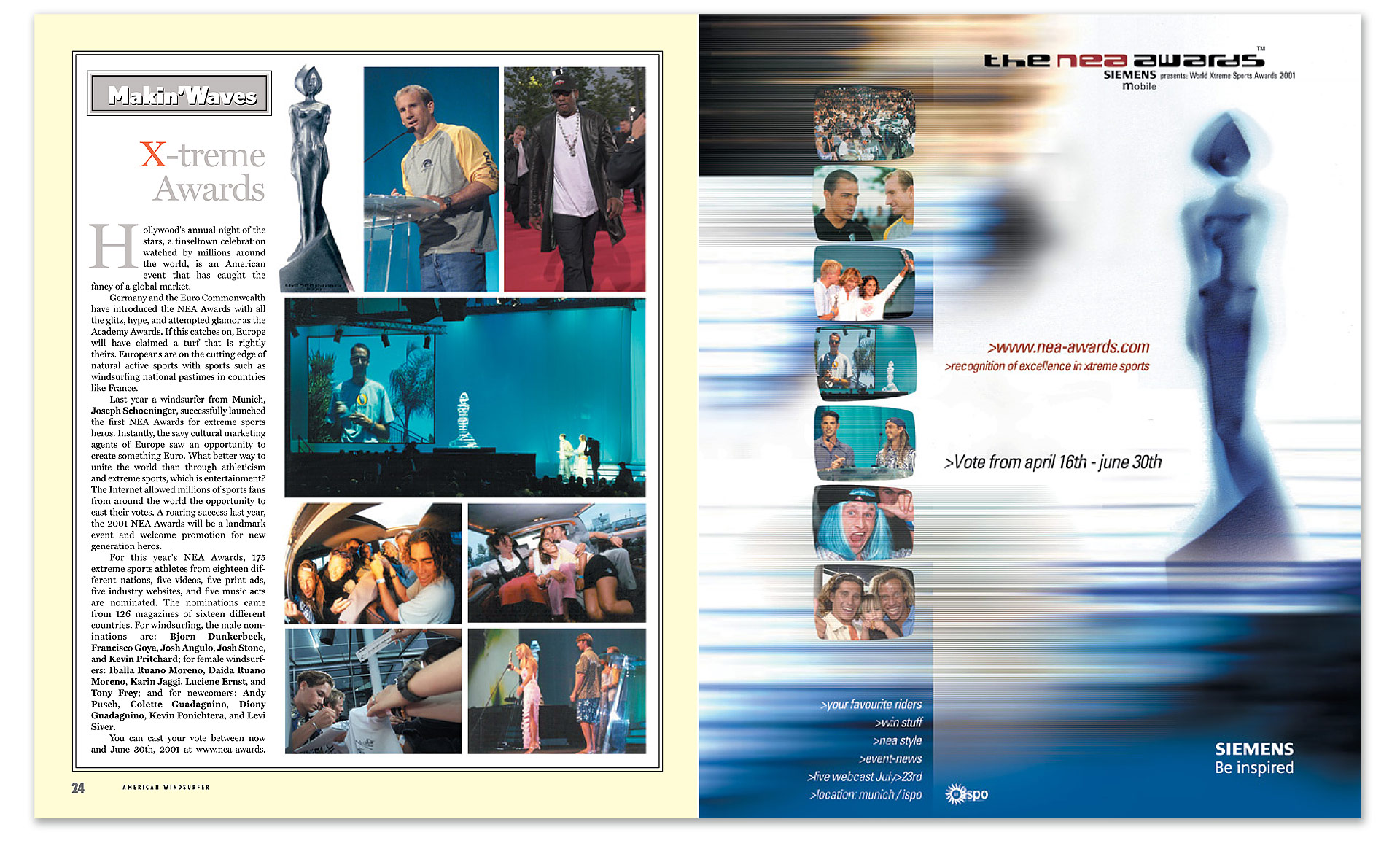 HOLLYWOOD’S annual night of the stars, a Tinseltown celebration watched by millions around the world, is an American event that has caught the fancy of a global market.

Germany and the Euro Commonwealth have introduced the NEA Awards with all the glitz, hype, and attempted glamor as the Academy Awards. If this catches on, Europe will have claimed a turf that is rightly theirs. Europeans are on the cutting edge of natural active sports with sports such as windsurfing national pastimes in countries like France.

Last year a windsurfer from Munich, Joseph Schoeninger, successfully launched the first NEA Awards for extreme sports heros. Instantly, the savvy cultural marketing agents of Europe saw an opportunity to create something Euro. What better way to unite the world than through athleticism and extreme sports, which is entertainment? The Internet allowed millions of sports fans from around the world the opportunity to cast their votes. A roaring success last year, the 2001 NEA Awards will be a landmark event and welcome promotion for new generation heros.

You can cast your vote between now and June 30th, 2001 at www.nea-awards.com.